The Nervous System: Part I

The nervous system is an intricate network of nerves that regulates nearly every aspect of our body’s physical, cognitive, and experiential functions. Our nervous system allows us to constantly interpret our external environment and guide us in a series of coordinated responses that occur across different layers: physically, mentally, and emotionally.

Certain divisions of our nervous system operate at a conscious level to direct processes such as movement and coordination; other parts operate at an unconscious one to maintain homeostasis in the body and respond to stressful or dangerous situations. Though there are many subdivisions within the nervous system that are each considered their own system to carry out different functions, the nervous system is regarded as one highly integrated system as a whole that centrally perceives, distributes, and processes the information outside and within us.

The nervous system is a vast communication network of nerve cells that sends electrical signals throughout the entire body. 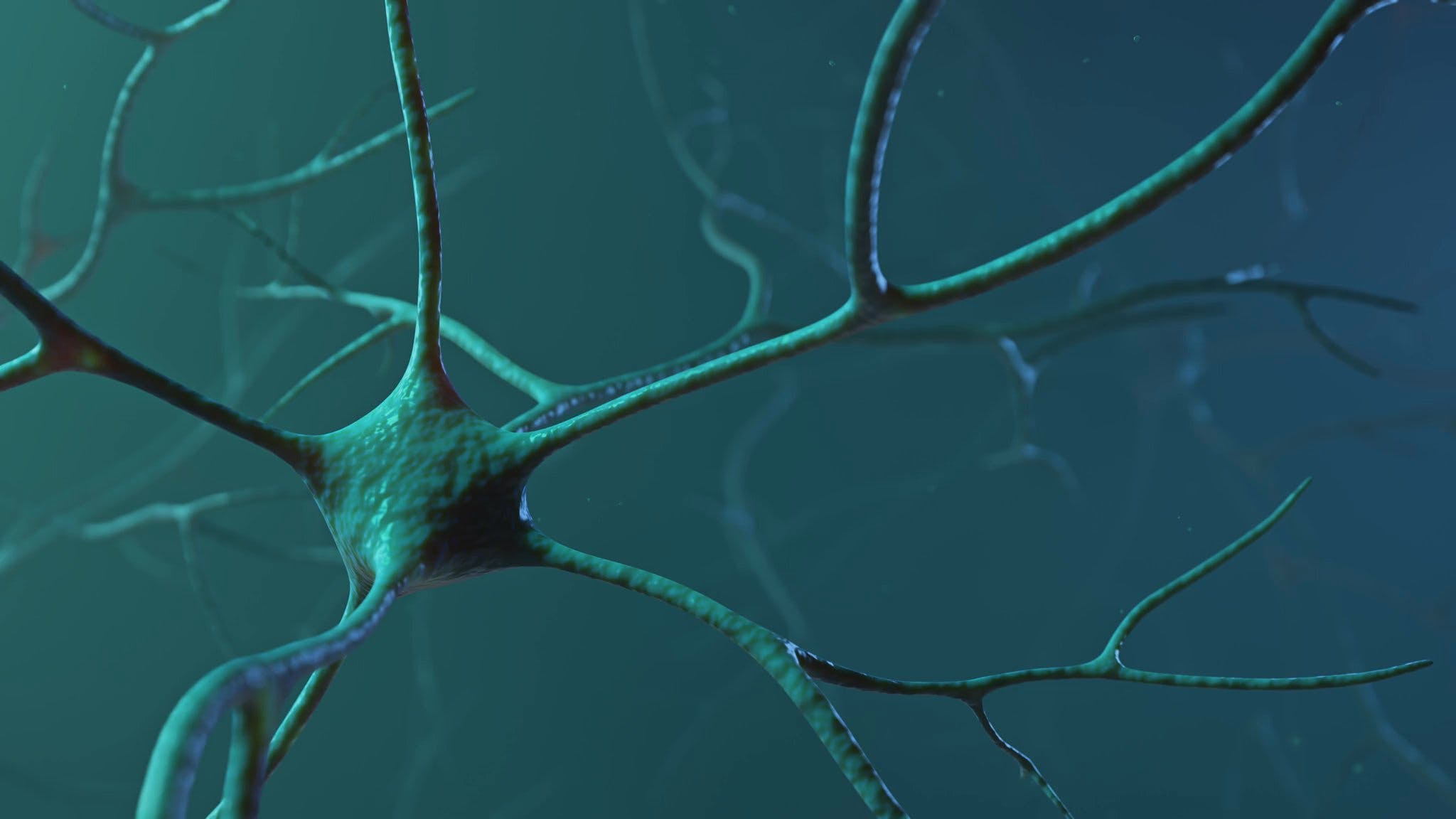 At the core of our central nervous system is our most complex organ, the brain. The brain acts as a central command hub that controls all of our body’s functions as well as our cognitive processing ability: what we think, feel, and remember. The brain is responsible for regulating homeostasis in the body, many processes which are unconscious and automatic. Simultaneously, the brain also processes our complex information processing abilities which give us the capacity to engage in higher functions such as reasoning, empathy, personality, and consciousness.

Although the brain and spinal cord are considered to be two separate organs, they work integrally together to send messages throughout the rest of the body. The spinal cord is an extension of the brain that begins at the bottom of the brain stem and runs the length of the torso down through the lower back. Protected beneath a layer of vertebrae bones, the spinal cord is a collection of paired spinal nerves that acts as a conduction pathway for electrical signals going to and from the brain as well as an independent reflex center able to rapidly respond to stimuli without the mediation of conscious thought via the brain.

Extending from the spinal cord, a network of nerve pathways branches off into the rest of our body into our arms, legs, and torso, and farther into the extremities of our hands, fingers, and toes, and into our major sensory receptors of eyes, ears, nose, and tongue. This intricate network is our peripheral nervous system, an important subdivision of our nervous system that works in tandem with the central nervous system to relay information to and from the brain through the senses.

The somatic nervous system is made up of motor and sensory neurons that allow the body to perform conscious, voluntary activities such as walking and eating.

To maintain the delicate balance of homeostasis in the body, our autonomic system is further divided into a lever-like “push-pull” system as the parasympathetic nervous system and sympathetic nervous system. Our vital organs are supplied with both sympathetic and parasympathetic fibers, so that when one system activates, the other suppresses—thus acting in an antagonistic “push-pull” relationship constantly toggling the stimulation or inhibition of bodily responses.

Our response known as “fight or flight mode” occurs in the parasympathetic nervous system, which reacts under conditions of stress. A sympathetic response essentially activates an immediate widespread response of physical, neural, and hormonal change in reaction to perceived imminent danger or preparation for an energy-exerting activity. Sympathetic activation is characterized by changes such as an increase in heart rate, the release of epinephrine and cortisol, pupil dilation, musculo-skeletal dilation, and digestive constriction.

On the opposing end, the parasympathetic nervous system acts as a counterbalance to the sympathetic nervous system, conserving the body’s energy and inducing relaxation. Sometimes referred to as “rest and digest” mode, a parasympathetic response slows down heart rate, slows down breathing, stimulates digestion, and decreases the production of stress hormones released during a sympathetic activation. Since a sustained stress response can negatively impact many aspects of our health such as blood pressure and heart rate, parasympathetic engagement is vitally important in maintaining our physical well-being as well as our experiential health.

Our nervous system orchestrates many of our key functions in a continuous, synchronous network of nerves relaying information throughout our body. From the brain to the spinal cord to the nerves ending in our skin, eyes, ears, nose, and tongue, our nervous system processes information internally in an intricate system, mediating conscious and unconscious functions that impact nearly every aspect of our health and well-being.

The ancient origins of Experiential Well-being as traced throughout human history.